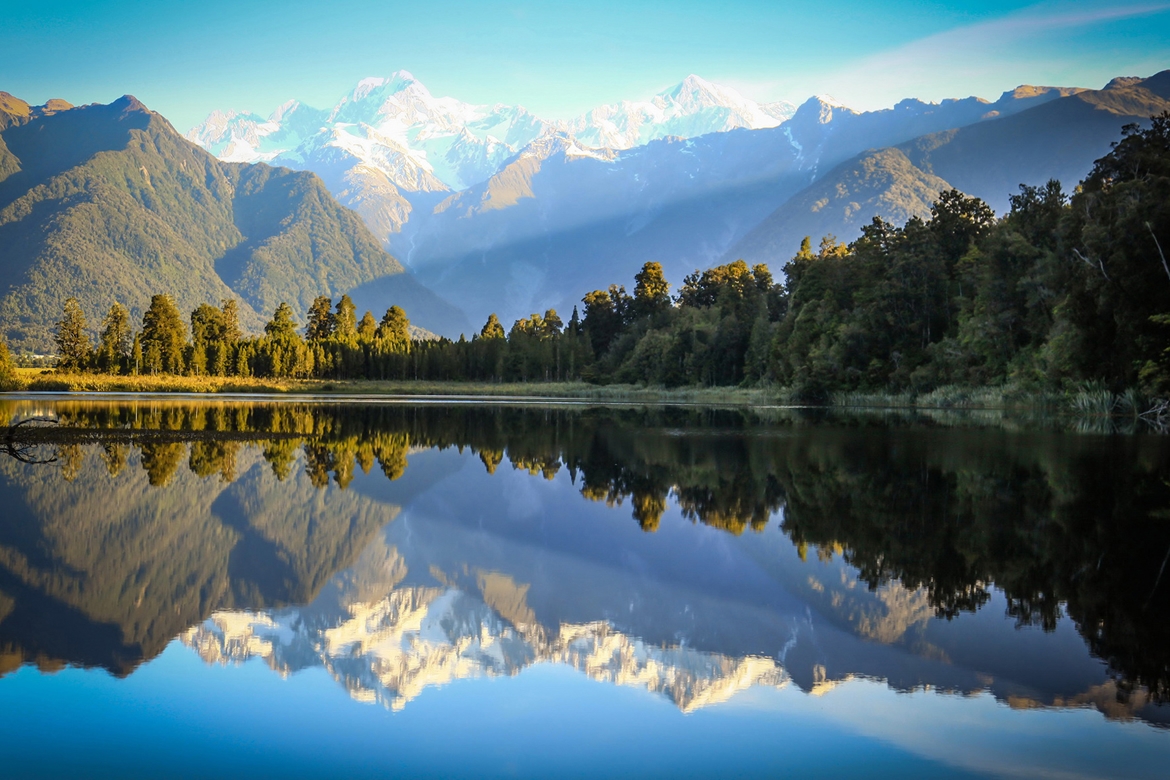 New Zealand is a country of rare beauty and amazing contrasts. In land mass it is about the size of Great Britain but has a population of only 4.2 million people. Located in the southwest of the Pacific Ocean, New Zealand lies to the south of the Equator, about as far as Spain and the Mediterranean lie in the Northern Hemisphere. So, weather-wise, there is never a wrong time to visit New Zealand.

New Zealand is made up of two main islands, called the North and South Islands, and a third smaller island in the remote south, called Stewart Island. The scenery is magnificent.

The bulk of the population lives in the North Island. Cities such as Auckland and Wellington, the capital of New Zealand, boast a sophistication and style equal to any western metropolitan centre. Fun, fashion, and entertainment abound in these pulsating environments.

In the far north, sandy beaches and sundrenched coves are enjoyed by surfers and sunseekers while the offshore waters abound with gamefish. You can swim with dolphins, whalewatch, or fish for fat trout in mountain streams accessible only by four wheel drive vehicle or helicopter. Diving and fishing are as much a part of the North Island way of life as skiing and snow boarding are to the South.

New Zealand has a largely temperate climate. While the far north has subtropical weather during summer, and inland alpine areas of the South Island can be as cold as -10°C in winter, most of the country lies close to the coast, which means mild temperatures, moderate rainfall, and abundant sunshine.

Because New Zealand lies in the Southern Hemisphere, the average temperature decreases as you travel south. The far north of the country has an average temperature of about 15°C, while the deep south has a cooler 9°C average. January and February are the warmest months of the year, and July is the coldest.
New Zealand’s summer months are December to February, bringing high temperatures and sunshine. Days are long and sunny, nights are mild. Summer is an excellent time for walking in the bush and a variety of other outdoor activities. New Zealand’s many gorgeous beaches are ideal for swimming, sunbathing, surfing, boating, and water sports during summer.