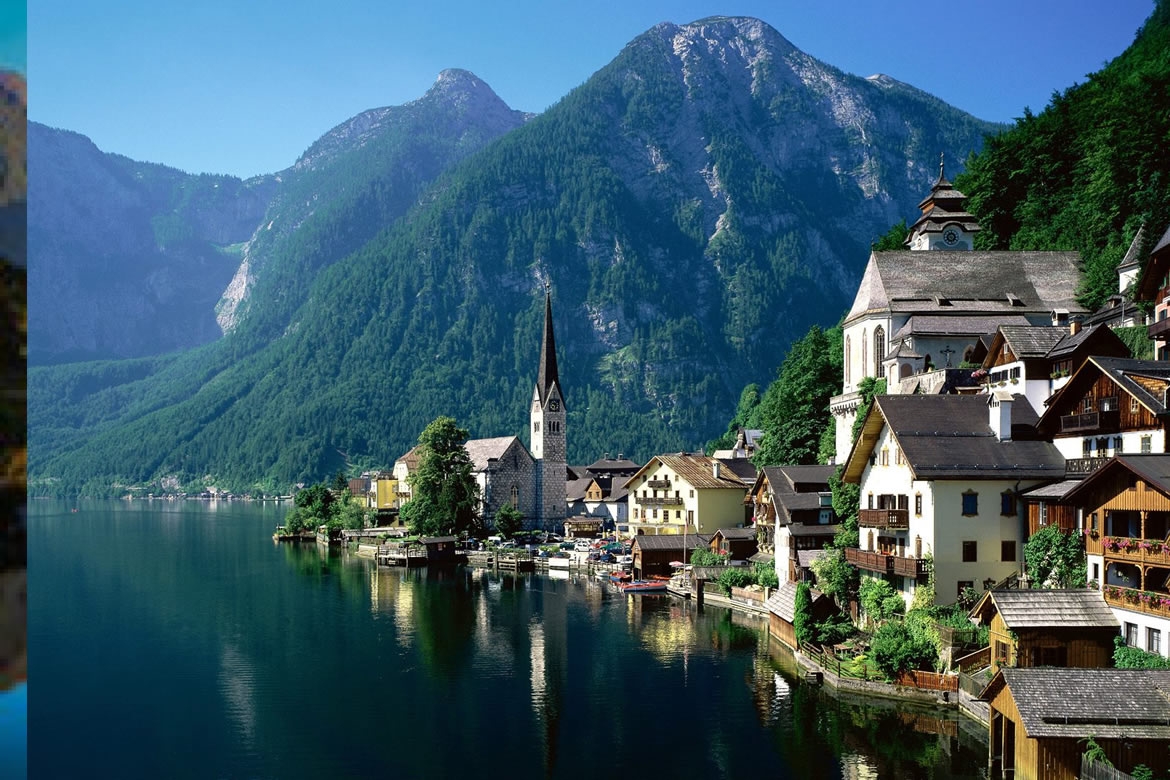 Austria is a country of startling contrasts, from the Alps in the west to the Danube Basin in the east. One of the world’s premier skiing regions, it is also noted for its historical buildings, world-class museums and galleries, and breathtaking mountain scenery.

The country’s glorious architectural riches include reminders of the once-powerful Hapsburgs, who dominated central Europe for seven centuries. The capital, Vienna, is magnificent with its ornate Opera House and the imperial Hofburg. Austria’s other cities are similarly infused with historical magic, notably Mozart’s birthplace, Salzburg, with stunning baroque churches set before a backdrop of snow-covered peaks, and Innsbruck, in the centre of Austria’s Alps.

Austria has produced and inspired a catalogue of cultural figures. During the 17th and 18th centuries, Austria – and, in particular, Vienna – became a focal point of the cultural renaissance. Remnants of Mozart’s legacy are everywhere. However, Austria has also yielded people such as artists Klimt and Schiele, composers Mahler and Schubert, psychologists Freud and Rank, and philosophers such as Husserl and Wittgenstein.

Visiting Austria at any time of year is a great experience, but remember that the season will influence what you can do. Summer is the obvious time for hiking, mountain biking and lake swimming, but ski conditions also make Austria a fantastic place for winter breaks. Festivals take place year-round, but the majority of music festivals are held between May and October.

For warm weather, aim for the months between April and October, although these two months can be changeable